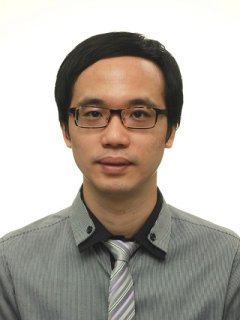 Dr. LIN Shang-Wei received his B.S. degree in Information Management from National Chung Cheng University in 2003 and received his Ph.D. degree in Computer Science and Information Engineering from the National Chung Cheng University in 2010. In 2011, he was a postdoctoral research fellow in School of Computing, National University of Singapore. From 2012 to 2014, he was a research scientist at Temasek Laboratories in National University of Singapore. From December 2014 to April 2015, he was a postdoctoral research fellow in Singapore University of Technology and Design. He joined School of Computer Engineering in Nanyang Technological University as Assistant Professor in May 2015. His research interests include formal methods, formal verification (model checking and theorem proving), program analysis and verification. Recently, he also works on analysis and verification of blockchain and smart contracts.